During the fall of 2014, students and their supporters filled the streets of Hong Kong’s central financial district, and across the harbour in a key working-class district  during a series of massive pro-democracy rallies for which protestors see as a reversal on the Chinese government's position on the poll for the city's leadership in 2017. 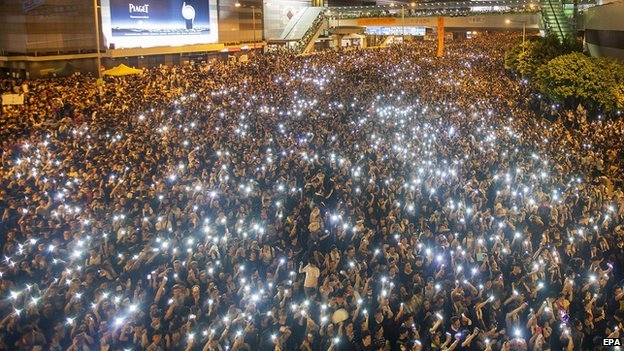 Background on the issue:

The Chinese government has promised direct elections for chief executive by 2017.

But in August 2014 China's top legislative committee ruled that voters will only have a choice from a list of two or three candidates selected by a nominating committee.

This committee would be formed "in accordance with" Hong Kong's largely pro-Beijing election committee. Any candidate would have to secure the support of more than 50% of the nominating committee before being able to run in the election.

Democracy activists believe China will use the committee to screen out candidates it disapproves of.

A more detailed explanation can also be found here.

Students from the JMSC in Hong Kong relied upon the lessons taught in the course “Principles of Journalism and the News Media” which have incorporate key concepts from the Stony Brook model of News Literacy, including:

In each of the following examples, you will find a number of resources collected by professors Masato Kajimoto & Anne Kruger used to illustrate these concepts. We encourage you to build greater understanding of the concepts with your own students through their use.