Making sense of the campaign: How do you know if candidates are telling the truth?

TOPIC: How do you know if candidates are telling the truth?

CONCEPT: The difference between assertion and verification

Start this lesson by showing this video:

You may also use this PowerPoint presentation that includes the video above and has slides which are set up for you to walk students through fact checkers verifying which of the statements were true: 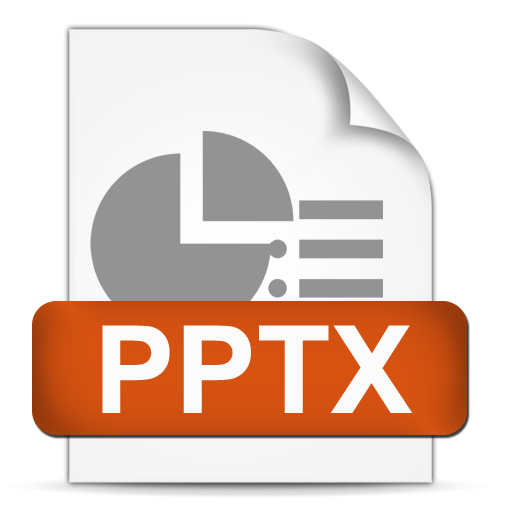 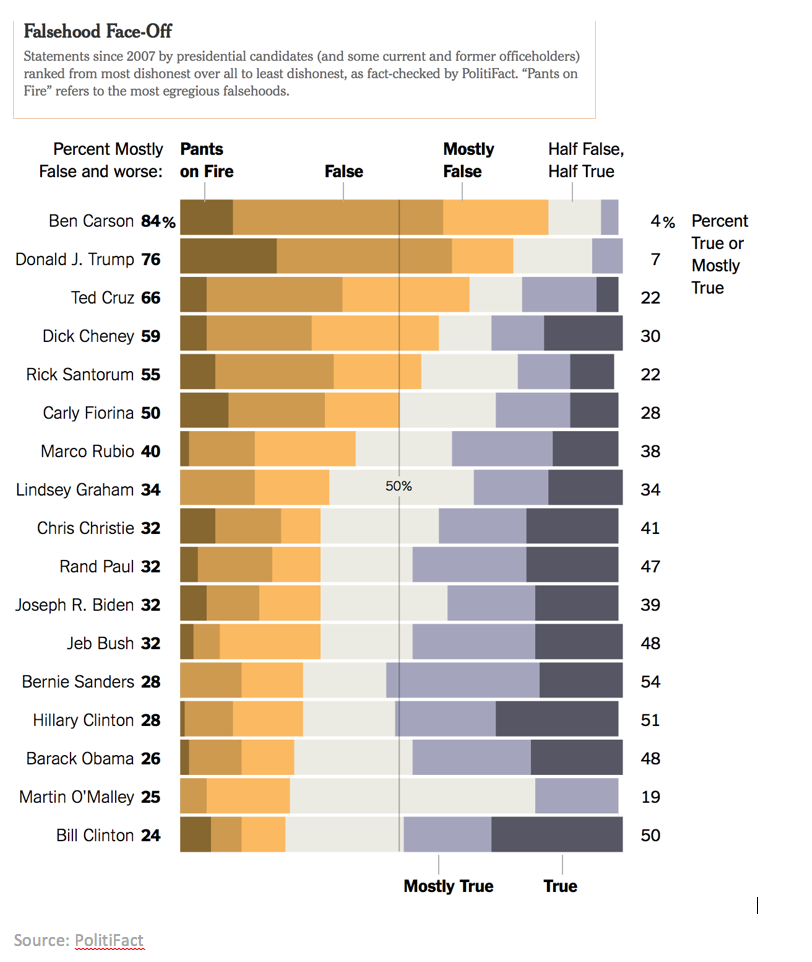 Fair point or pants on fire?

There’s an old saying “How do you know a politician is lying? Because his lips are moving.” There’s certainly some truth to that aphorism if you look at this presidential campaign, which is indeed fertile ground for misstatements, falsehoods and even outright lies. During this election cycle, Ben Carson and Donald Trump have earned the dubious distinction of the worst record on truth from PolitiFact, a fact-checking organization founded in 2007 by the Tampa Bay Times. Carson and Trump are in good company though, since all the presidential candidates have made multiple false statements, according to fact checkers.

So how do we know which assertions are true?

The search for truth begins with the process of verification, which is one of the defining characteristics of journalism.

Verification involves seeking evidence that verifies, casts doubt upon or disproves an assertion. Some news organizations try to verify just about every major public statement candidates make. Always check to make sure a fact-checking site is operated by an independent organization. The New York Times, The Washington Post, PolitiFact.com and FactCheck.org are among the most reputable. Thanks to the Internet, fact checking is not just for journalists anymore. Savvy news consumers who understand the verification process can determine for themselves if a candidate’s statement is true by researching the facts at authoritative websites run by government departments or independent, nonpartisan organizations like votesmart.org.

The key to this verification process is first determining if a statement can be verified, ideally by direct evidence — eyewitness testimony, physical evidence like a fingerprint or DNA, a document, photo, audio or video recording that establishes a fact. Public statements by candidates become part of the public record and can frequently be verified by video or audio recordings.

Sometimes there is no silver bullet that unequivocally proves or disproves something. In those cases, journalists have to rely on what’s known as indirect evidence, which is one step removed or “arm’s length” evidence. It often comes from secondhand witnesses or experts.

After gathering the evidence from multiple sources, the next step in the verification process is to ask yourself three key questions:

Then it’s time to weigh all the evidence. It’s an easy call if there’s enough direct evidence to support or disprove a statement, but often that’s not the case, and a verdict may have to be more nuanced, like Politifact’s categories, “mostly true” or “mostly false.”

In some cases, evidence can be misleading without context — the background information needed to put facts into perspective. Entirely factual statements lacking context can be less than truthful. That’s why it’s important to ask that third question — what don’t I know? Think of context as that additional information needed to get the full picture … and the truth.

The context in this case shows that what Hillary Clinton characterized as "naive" in 2007 was Barack Obama’s statement that he was willing to meet without condition with the leaders of Iran, Cuba, North Korea and other U.S. adversaries in his first year in office.

Finding the truth can be hard work. Candidates spend millions of dollars to shape public opinion and think that if they say something passionately and often enough, people will forget where they heard it and accept it as truth. And for some, they're absolutely right. This is a phenomenon known as “source amnesia,” and it happens more than you think.

The only antidote is fact checking: The disciplined pursuit of the truth through the verification process. Fact checking is not a fad, especially during this election cycle, which has been described by The Washington Post’s political reporter Chris Cilizza as an increasingly fact-free zone. Anyone who understands the verification process should hold candidates accountable because words — and facts — do matter.

Let’s put this process to the test and look at this example, courtesy of Marco Rubio who said on 1/26 2016 at a town-hall meeting in Plymouth, NH defended his voting record in the Senate saying, "My voting record in the Senate, during my years, is almost 90 percent, which is significantly higher than Barack Obama's or Hillary Clinton's was when they were running for president.”

How can we evaluate this statement?

Rubio is referring to his voting record in the Senate since he was elected five years ago, which is easy enough to check on numerous websites including Votesmart.com. Technically, he is correct on his votes over that period — he missed 13 percent, (which by the way is far more missed votes than the average of 1.7 percent.) But in the second half of 2015 while he’s been running for president, he has missed 67/119 votes or 56 percent. For a more useful comparison, compare his attendance with the voting records of then Senators Clinton and Obama in the second half of 2007 when they were running for president. Mr. Obama missed 70 percent of votes, while Mrs. Clinton missed 48 percent.

Now how would you rate Rubio’s statement? The New York Times called it an illogical comparison thus not true at face value.

Donald Trump said in a campaign statement on 12/7/2015 that there is "great hatred" toward Americans by large segments of the Muslim population, citing a poll from the Center for Security Policy, which released data showing 25 percent of Muslims polled agreed that violence against Americans here in the United States is justified as a part of the global jihad, and 51 percent of those polled agreed that Muslims in America should have the choice of being governed according to Shariah law. 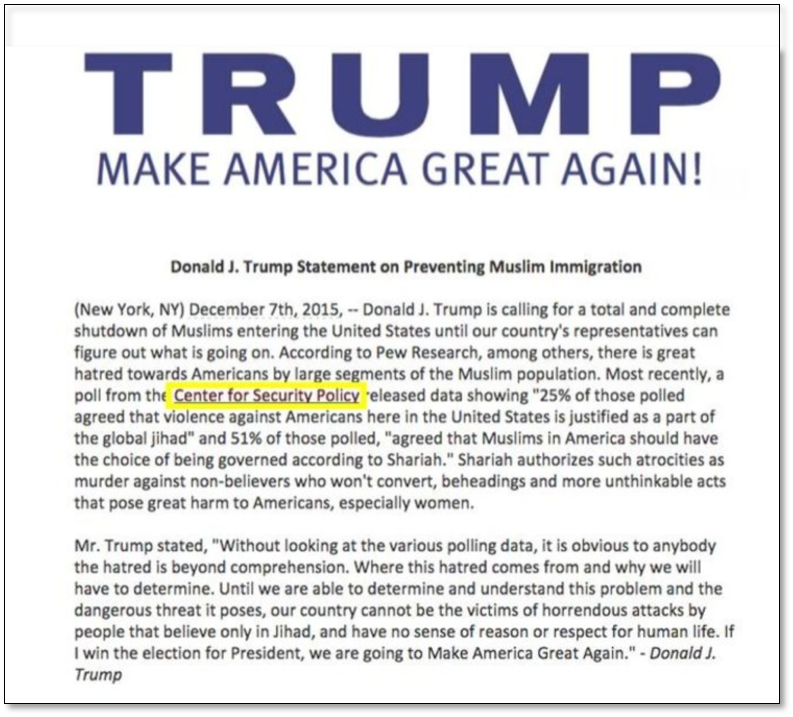 How would you begin evaluating this statement?

Who is the Center for Security Policy? If you go to its website, you see it is a hawkish think tank that surveyed 600 Muslims in an online, opt-in survey. This type of polling is not reliable because people self-select to respond. There is also indirect evidence rebutting these poll results from academics who criticized the wording of its questions. In addition, another poll by a more respected source, Pew Research, showed only 1 percent of Muslims believed violence against civilians was justified.

How would you rate this statement now? While technically correct about the poll results, the context surrounding the Center for Security Policy and the methodology of the poll render Trump’s charge that 25 percent of Muslims believe violence is justified false.

Direct and indirect evidence and context on Trump’s charge against Muslims living in America:

.
After going over these examples in class, divide the students into teams and ask them to verify the following statements. This material also can be used to create a take-home assignment:

Chris Christie said at the Republican debate on 10/28/2015 that Bernie Sanders’s tax plan will raise your taxes to 90 percent. Donald Trump made the same charge.

THE ANSWER:
Sanders did say that he did not consider the tax rate of 90 percent during the Eisenhower administration too high when asked, but he was referring to a 90 percent marginal tax rate, which is quite different from a top tax rate of 90 percent. Another example of the importance of context in weighing this statement. This statement is also false according to the nonpartisan Tax Policy Center, which evaluates all the candidate’s tax plans.

Hillary Clinton was defending the Affordable Care Act when she said at the South Carolina debate on 1/17/2016 that health care costs are the lowest they’ve been in 50 years.

This statement is false because, according to the Centers for Medicare/Medicaid and a 2013 White House report, the cost per person of health care has been increasing steadily over the last 50 years. It is true that the rate of growth has slowed recently. Her campaign has said that she misspoke.

Jeb Bush said that he defunded Planned Parenthood as governor of Florida at the GOP debate in Cleveland on 8/6/2015.

THE ANSWER:
This statement is true, thanks to two line item vetoes Bush made to the state budget in 2001 as detailed in a 2001 state fiscal analysis.

Looking for a previous lesson? Check out our ARCHIVE of News Lessons