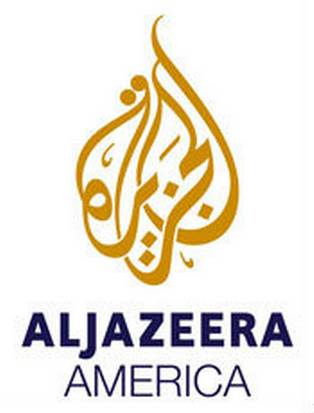 AL Jazeera America, a new cable news channel that the New York Times described as “the most ambitious American television news venture since Rupert Murdoch and Roger Ailes started the Fox News Channel in 1996,” recently launched on screens all across the United States.

Ehab Al Shihabi, the channel’s acting chief executive, promised that “Viewers will see a news channel unlike the others...fact-based, unbiased and in-depth” But some media observers have long contended that in fact Al Jazeera is biased – or worse, that it is a “terror network” and sometimes functions as a outlet “for terrorists who want to spread their message or issue threats.”

Others say Al Jazeera is “anti Semitic” and “anti-American,” a “propaganda outfit...”
Supporters contend that it is instead “constantly demonized in the American media.”

And some critics say, “Of course Al Jazeera has a bias, but it's not what most critics think.”
QUESTIONS:

1. What do you think? Can you evaluate whether this outlet – or any other news-and-information provider – is biased or not? How ? Is the question even important? Why?

2. Why do you think Al Jazeera is spending hundreds of millions of dollars to enter the already crowded US cable news marketplace? What are its owners' motives and prospects for success? How does their perceived bias affect those chances?
http://www.cfr.org/media-and-foreign-policy/al-jazeeras-american-play/p3124

3. In 2001, The Kabul, Afghanistan offices of al-Jazeera channel were destroyed by a US missile. http://news.bbc.co.uk/2/hi/south_asia/1653887.stm In 2003, Al Jazeera's office in Baghdad, was hit by another US missile, killing one reporter and wounding another, although Al Jazeera had mailed coordinates for their office to the U.S. State Department six weeks earlier clearly identified their location.
http://news.bbc.co.uk/2/hi/middle_east/2927527.stm

In April 2004, then-President George W. Bush considered bombing Al Jazeera's headquarters in Doha, Qatar. And Sami al-Hajj, an Al Jazeera journalist, was held at Guantanamo Bay for six years partially so he could be interrogated about the network, according to one of the files on the prison released by WikiLeaks and newspapers around the world.
http://www.huffingtonpost.com/2011/04/25/sami-al-hajj-al-jazeera-j_n_853297.html

To what extent if any do you think that Americans perception of bias at Al Jazeera may have been affected by the US Government's actions toward it? What role in general does the US government play in determining Americans opinions towards different news outlets?

4. Baltimore Sun critic David Zurawik says that Al Jazeera is biased – but not in the way most think it is. “The bias is toward a geographic orientation or consequent set of narratives described as "Global South," Zurawik says. “And given U.S. history, it is one we desperately need to understand and think about if we are truly going to function globally in the new world order.”

Do you agree? What is the “Global South?” DO American viewers really “need” to understand and think about this bias? Is any kind of bias acceptable in the news?

5. As far back as 2005, Al Jazeera was rated as the No. 5 "brand with the most global impact," behind only Apple, Google, Starbucks and Ikea.
http://www.foxnews.com/story/2006/06/01/al-jazeera-international-could-be-good-for-america-say-backers/#ixzz2cp7tA3hn

Given its trusted global brand, why do you suppose there is still such a high level of distrust toward Al Jazeera?