Syrian Refugees and the Power of Images

The picture of a toddler in a bright red shirt, blue shorts and black shoes lying dead in the surf on a Turkish beach carried a power unlike any of the other heartbreaking images to have emerged from the Syrian migration crisis.

The child, Aylan Kurdi, 3, had drowned with his mother and 5-year-old brother, ending a journey that had begun in the war-torn Syrian town of Kobani. The photo that would soon be seen in tweets, posts, websites and front pages all over the world was taken by Nilufer Demir, a correspondent and photographer with Turkey's Dogan News Agency, who was crossing the beach that Wednesday morning in Bodrum, Turkey.

“There was nothing to do except take his photograph ... and that is exactly what I did,” she told CNN the next day. “I thought: This is the only way I can express the scream of his silent body.”

As some news organizations debated whether to publish the photo because it was so disturbing – some newspapers chose instead to run a picture of a police officer with Aylan’s body in his arms – the image found its way into tweets and Facebook news feeds all over the world. Some created montages that accompanied it by similarly tragic and powerful news photos. 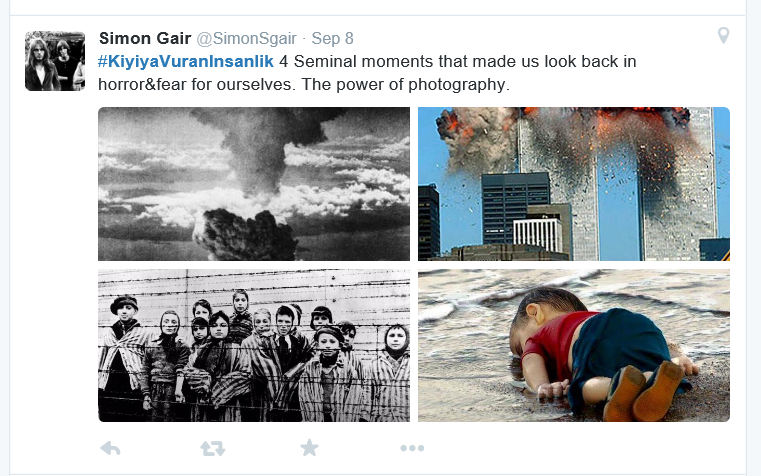 Others chose to create memes that illustrated their feelings with artwork inspired by the photo. 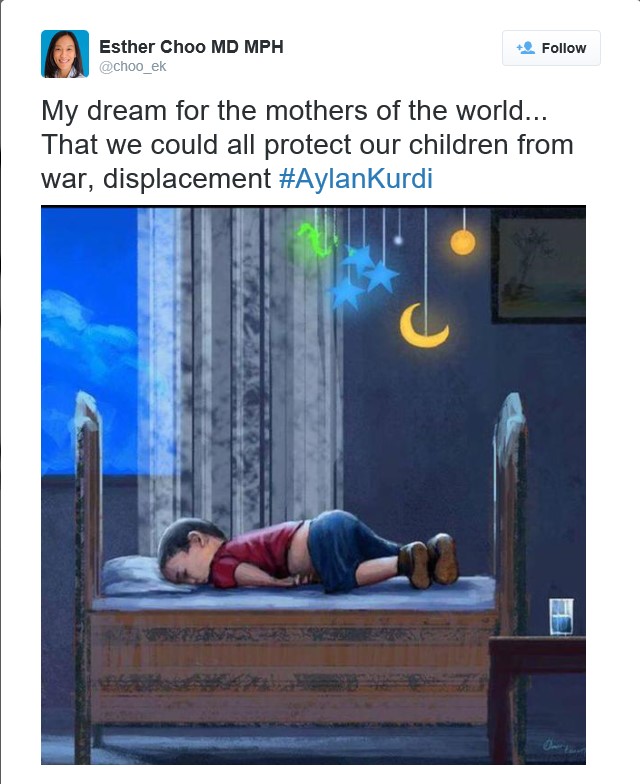 Did the image change anything?

Blogger Francesco D’Orazio, writing on Pulsar, a social media monitoring platform, believes so. “I noticed that the comments seemed to have a different tone from the conversation we had been seeing in the press and social media until then,” he wrote. “A lot more people now seemed to be talking about ‘refugees’ rather than ‘migrants.’ ” The distinction is a signficant one.

Governments resisting the flow of Syrians use the word “migrant” because they have no legal or moral obligation to take in illegal immigrants seeking a better life for economic reasons. D’Orazio said he based this chart on a full archive search of Twitter.

While correlation does not prove causation, the timing of the shift in language usage would be hard to dismiss. 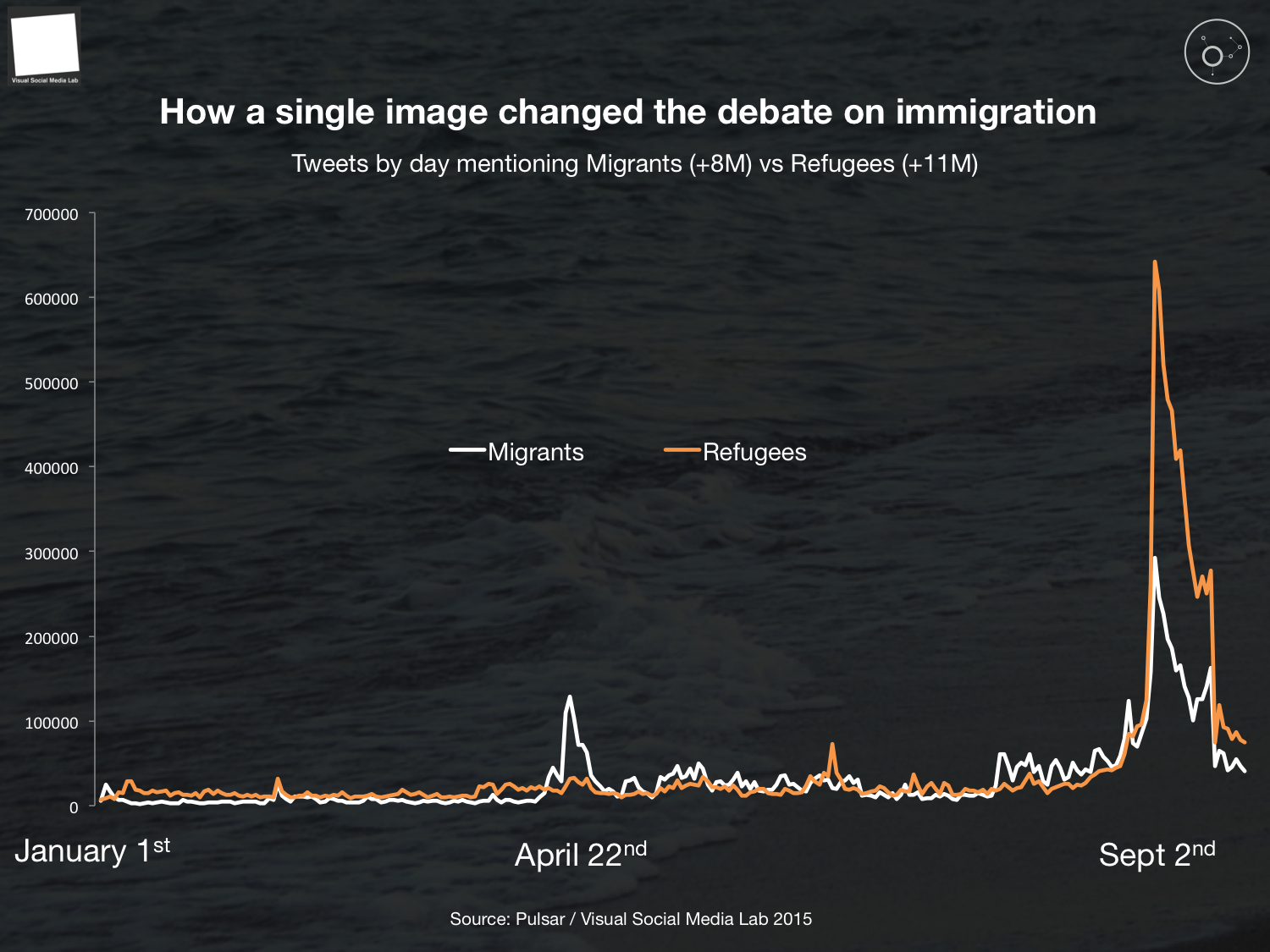 Just as the fighting continues in Syria, the battle for hearts and minds in Europe goes on as well, and images remain a powerful weapon.

The photo of Aylan’s body also appeared in the latest issue of a propaganda publication put out by the Islamic State group, accompanying an article entitled “The Danger of Abandoning Darul-Islam.” 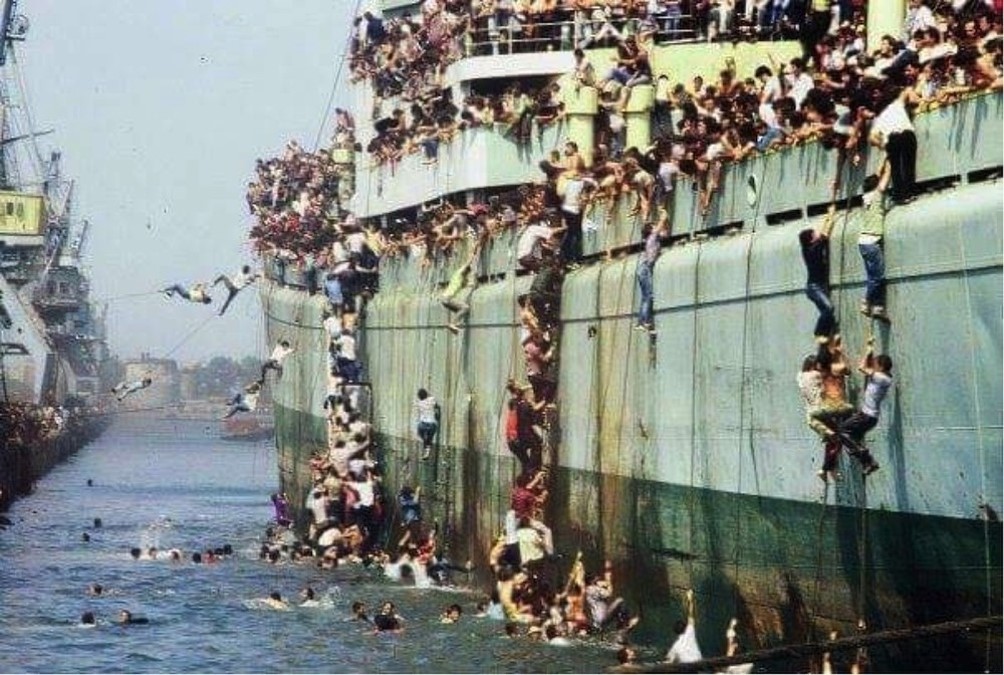 “I found the above image posted on the Facebook page of Pegida UK, the British offshoot of an Islamophobic street-based protest movement, which first formed in Germany last year," Kleinfeld wrote. " …. The ship photographed – with comments calling for it to be "torpedoed" – is actually from 1991 and shows several thousand Albanians leaving for Italy.” 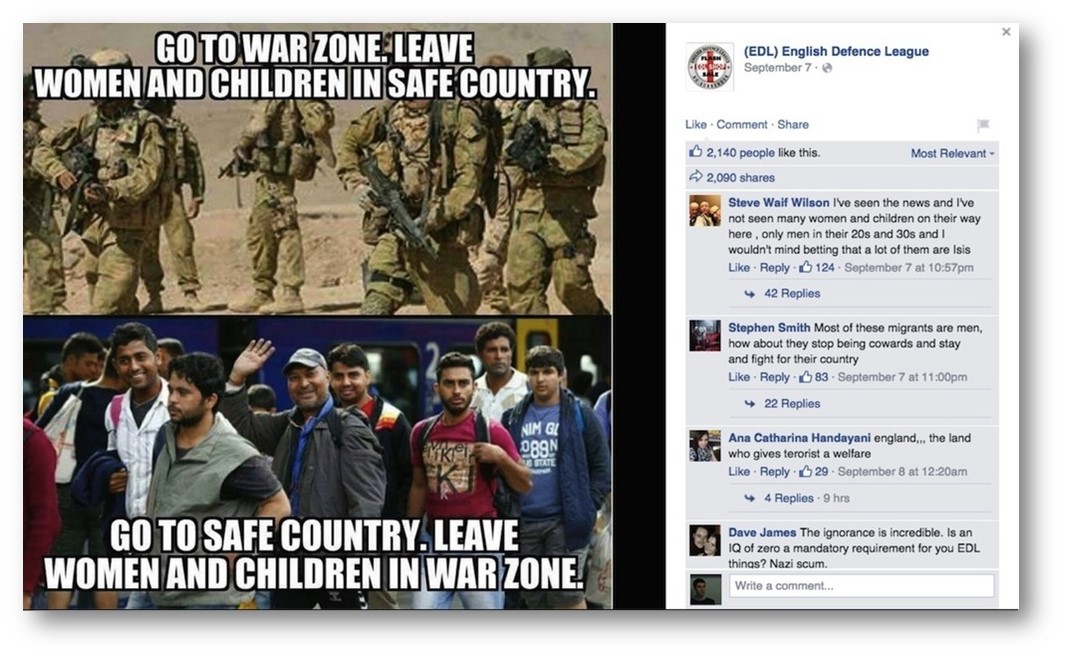 Other posts sought to dehumanize the Syrians fleeing to Europe. Just as a photo of the little boy who washed up on a Turkish beach poignantly reminded the world of their humanity.

1. If you were the editor of a website or newspaper, would you have put the photo of Aylan on your home or front page?  Why (or why not)?

2.  Would you have shared the image on social media?

3.  Do you think powerful images like this ultimately make a difference?