In this course, we also use a heirarchy of evidence when evaluating DIRECT EVIDENCE. 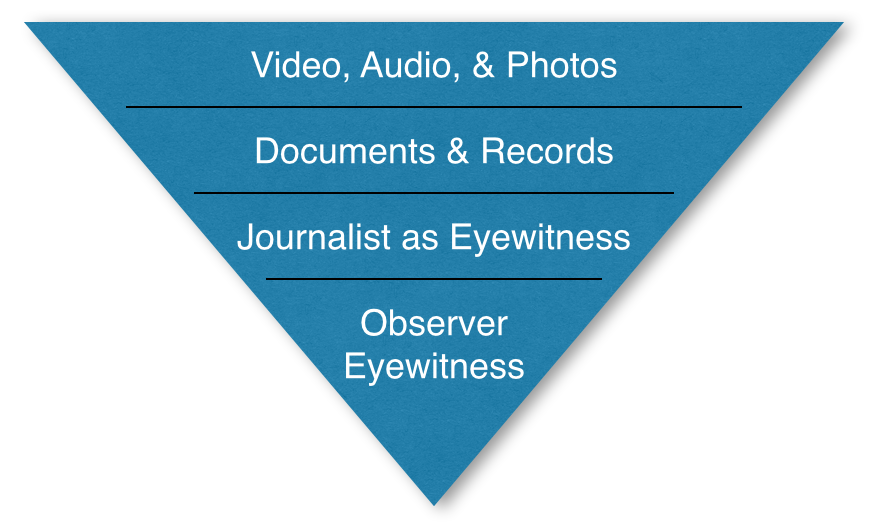 On their own, videos and photographs are stronger evidence than documentary evidence.  The eyewitness account from a journalist is stronger than the eyewitness account from a citizen.  Look to see if a story has direct evidence.  See where that evidence stands in the hierarchy.  Put conflicting evidence side by side to see which is stronger.  But also always ask…what is this particular piece of evidence actually evidence of?  Video is the strongest form of evidence, but if the video does not show something incriminating, you do not have evidence of incrimination.

What about Arm’s Length Evidence?  The farther away from whatever is at issue, the less strength that evidence has.  For example a Second-Hand account is stronger than a Third Hand account.