Lesson 7: Journalistic Truth and the Search for Evidence

A Journalist’s First Obligation is to the Truth. Find the truth, and then share it.
What’s so hard about that? The whole history of thinking and writing can be boiled down to this question: How do we know what is true? 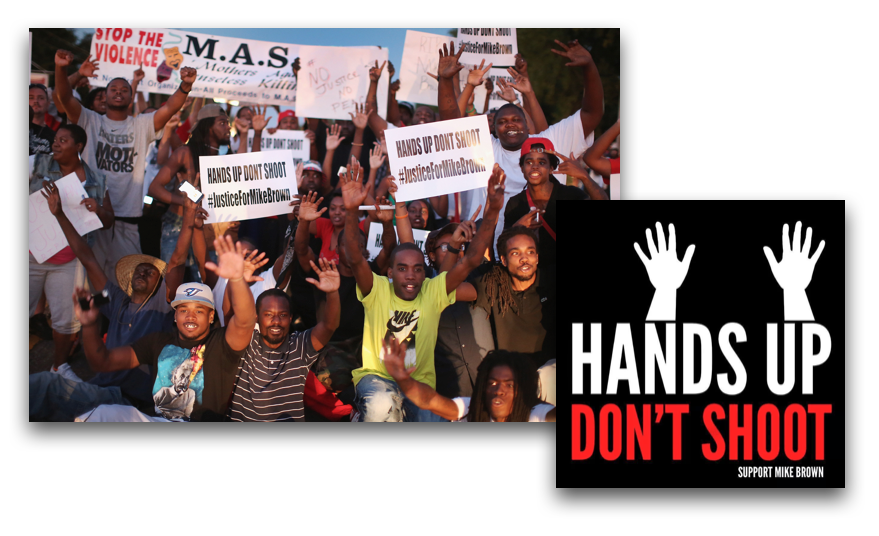 In August 2014, Ferguson, Missouri police office Darrin Wilson shot and killed unarmed teenager Michael Brown during a confrontation that followed the robbery of a nearby convenience store.

In protests that followed, protesters chanted “Hands Up. Don’t Shoot.”, a phrase that was based on statements made by Michael Brown’s friend with him at the time, Dorian Johnson, who said Brown had his hands up in surrender when officer Darren Wilson killed him.

The phrase became one of the rallying cries in nationwide protests of police brutality and unequal treatment of black citizens, especially young men. 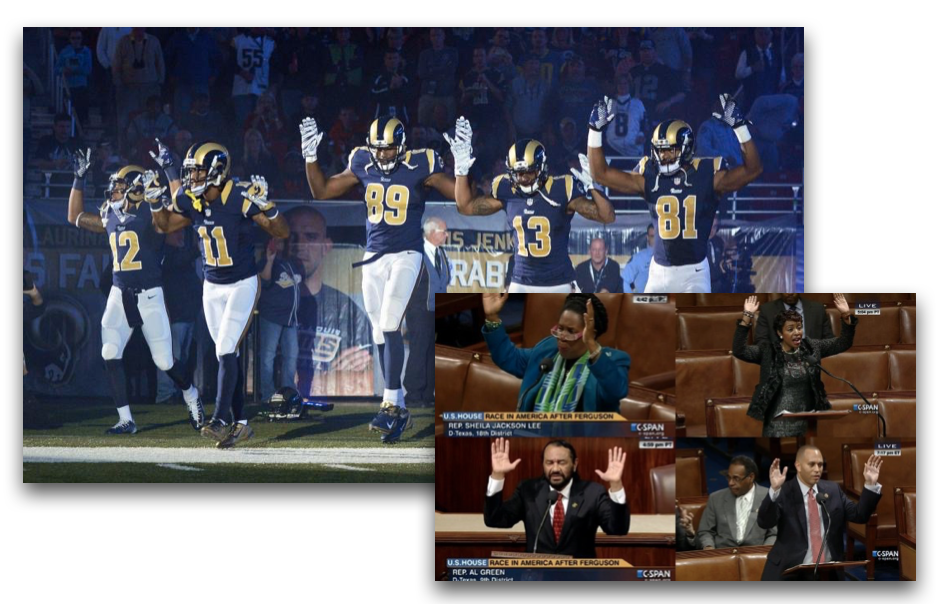 On November 30, 2014, several St. Louis Rams made the gesture as they ran onto the field for a game.

In December, several members of Congress made the gesture on the floor of the U.S. House.

But when the U.S. Department of Justice released its investigation into the shooting, it turned out there was no evidence to support Dorian Johnson’s version of events. DNA and ballistic evidence supports the officer’s version of what happened. He knew of the robbery. Had a description of Michael Brown and when he confronted Brown, the young man tried to take away his gun.

‹ Summing Up Lesson 6 up Truth and Consequences ›