For our purposes, we define each of the letters that make up VIA as so:

So how do you check that these exist in a piece of information that you are trying to verify as a piece of news? 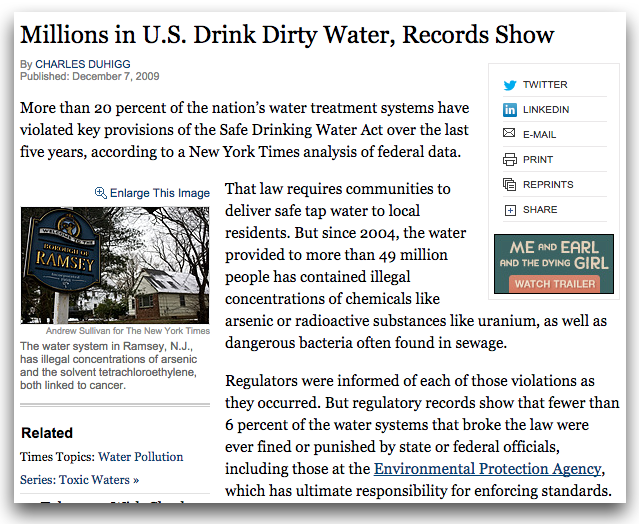 One of the prime examples that we use to demonstrate how verification plays out in a news story is a 2009 series of stories that were done by journalists at the New York Times on the amount of U.S. water treatment systems that had violated key provisions of the Safe Water Drinking Act.

As you see in the lede of this story -- the first paragraph, the story states that...

Later in the story, it is revealed that...

In these two cases, the reporter has "pulled back the curtain" on the evidence that was collected and analyzed that was used in this story, and supported the headline of the story: "Millions in U.S. Drink Dirty Water". 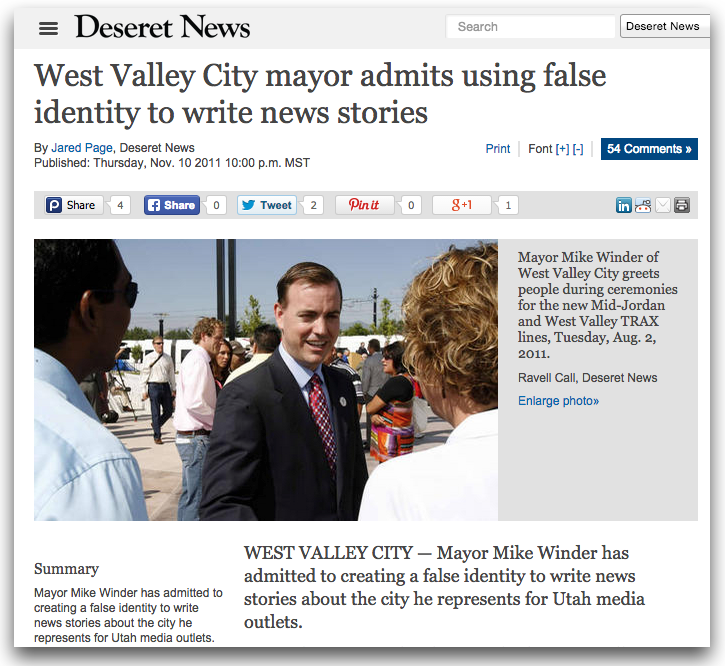 Independence: freedom (of the journalist and the journalism organization) from the control, influence, or support of interested parties. As important, (since objectivity is a fictional state of mind) Independence is guarded by a journalist’s conscious effort to set aside pre-existing beliefs and be intellectually independent AND by a system of checks and balances by peers with the same goal.

In this example, from Utah's Deseret News, a mayor of a small city used a false identity to write news stories to larger news outlets in his city.

Was this mayor producing journalism? Certainly he could verify, since as mayor he would know what the city was up to. But was he independent?

What might be the primary goal of his reports? And if he used a false identity, how could he be held accountable for the facts and balance of those reports? 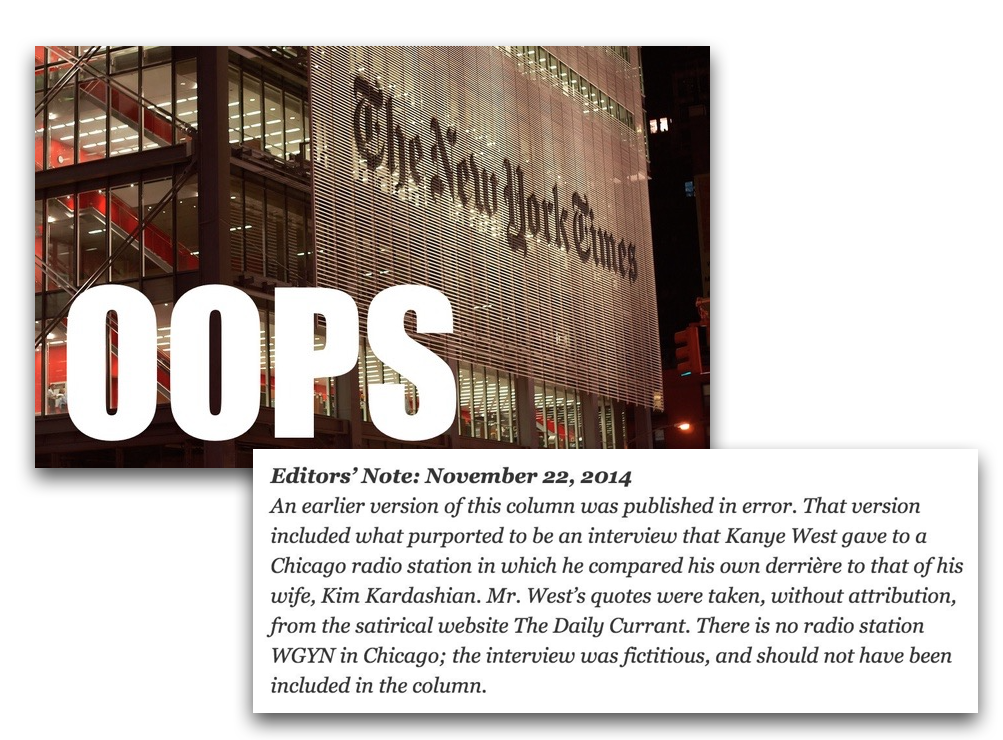 Accountability: Responsible or answerable for your work. Journalists put their name on their work. In many cases, their email address or phone number is attached to each report. That way, if the report is factually wrong, a news consumer or subject of a news story can report the mistake.

Corrections are another way journalists are accountable for their work.

This portion of the Society of Professional Journalist's code of ethics deals with accountability:

‹ Lesson 3: Know Your Neighborhood up Is it VIAble? ›