Glossary: The Language of News Literacy 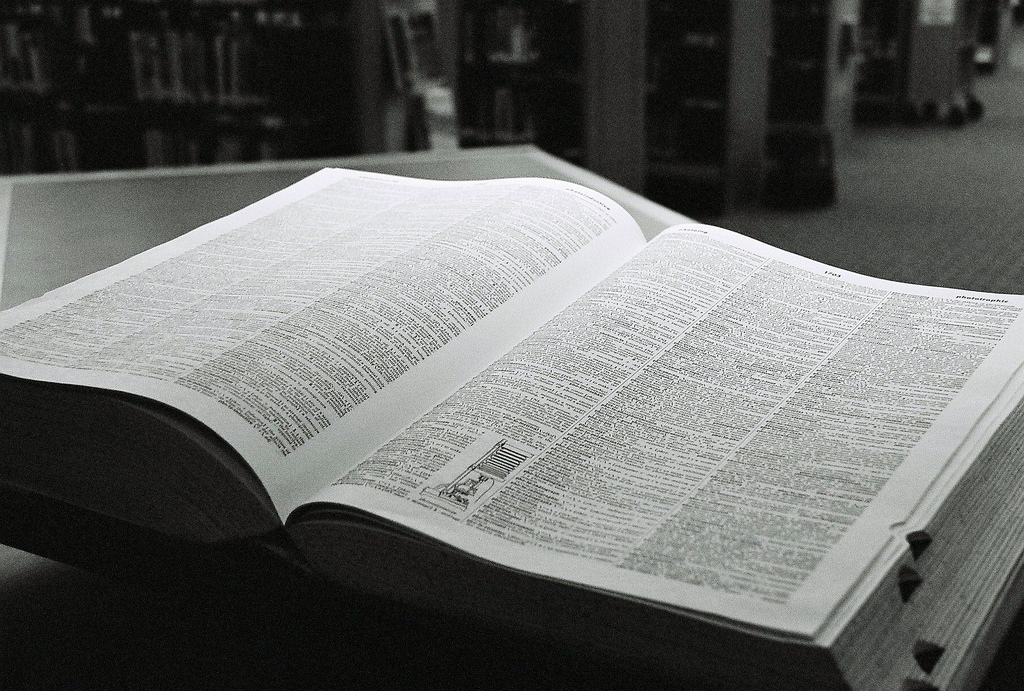 Taking direct responsibility, by name, for the truthfulness and the reliability of the report. Examples include bylines in print and digital journalism and signoffs in audio and video reports.

Examples include bylines in print and digital journalism and signoffs in audio and video reports. In addition, journalists and news organizations demonstrate accountability when they take responsibility for mistakes by issuing corrections.

Information that empowers a news consumer to make active choices about matters of both public and personal importance.

Examples include deciding which candidates to vote for or making career or personal health choices.

Attracting attention by paying to have announcements placed on billboards, in newspapers and broadcasts or on websites.

Equality between the totals of the two (or more) sides of the account. Balance is a more technical term than fairness. It's a quantitative measurement that can be used as a tool to achieve fairness, especially in cases where the facts are in dispute or the truth is still developing.

A predisposition that distorts your ability to fairly weigh the evidence and prevents you from reaching a fair or accurate judgment. Here's how to spot bias:

Media Bias is a pattern of unfairness or willful inaccuracy over time by a specific journalist or news outlet. It cannot be proven by a single isolated incident. Audience Bias is a News Literacy term describing the tendency of individuals to see bias in news media reports because they are unconsciously viewing journalism through their own biases. A key element of Audience Bias is Cognitive Dissonance, which occurs when individuals discount the value or veracity of a report that conflicts with their preconceived beliefs.

A psychological theory that holds people are so powerfully motivated to reduce their discomfort that they will dismiss, block or warp incoming information that does not conform with their beliefs, viewpoint or understanding of the truth. It can result in:

Pursuing information that reassures or reflects a person’s particular point of view.

Background or ancillary information that is necessary to understand the scope, impact, magnitude or meaning of new facts reported as news ... the circumstances that form the setting for an event or statement ... ideas or facts that give greater meaning to a news report so that it can be fully understood and assessed.

Anything that was captured firsthand or on the scene (i.e. video, recordings, photographs, documents, records, eyewitness accounts). Direct Evidence, which gives us a direct line to the story is better than Indirect Evidence, which is a step or two removed from the events.

Something affording pleasure, diversion or amusement.

Protects your right to criticize and comment on matters of public interest without being liable for defamation, provided that the comment is an honest expression of opinion and free of malice: the intent to cause harm without legal justification or excuse.

Marked by impartiality and honesty. Free from self-interest, prejudice or favoritism. In controversial matters, fairness demands a courageous weighing of evidence to assure the report is fair to the facts. Fairness may require balance, but reports about known facts (the millions gassed by the Nazis, the accelerating changes in earth’s climate) are unfair to the facts if they create false equivalencies by assuring an equity between multiple stakeholders.

An old European phrase used to describe the press and its role as a watchdog. Originally, it referred to unofficial powers like Queen consorts or powerful lawyers, as distinct from the Church, Parliament and People. In America, the four estates of power are the three branches of government and the citizens to counterbalance them.

A belief among partisans that news reports are painting them in the worst possible light. People who are deeply involved in one side of an issue are quicker to spot and remember aspects of a news story that are negative. The best informed partisans are the most likely to see bias.

Freedom from the control, influence or support of interested parties. Journalists are expected to avoid reporting on matters in which they may have a financial stake, personal/familial ties, or intellectual prejudice by virtue of declarations of allegiance. Leading newsrooms adopt the standard found in the judicial canon of ethics: The appearance of a conflict of interest is as damaging to public trust as an actual conflict, and must be addressed transparently. Similarly, journalists are expected to be transparent about the potential conflicts of interest of sources used in their reports.

News Literacy students are taught a taxonomy that allows them to quickly navigate information neighborhood: News, Entertainment, Advertising, Promotion, Propaganda and Raw Information. The News or Journalism neighborhood is the only one with all three of the VIA characteristics -- Verification, Independence and Accountability.

A journalist’s primary mission is to inform the public while employing journalistic methods such as verification to uphold journalistic values in order to maintain independence and accountability.

The best obtainable version of the truth on any given day.

Timely information of some public interest that is shared and subject to a journalistic process of verification and for which an independent individual or organization is directly accountable.

The ability to use critical thinking skills to judge the reliability and credibility of news reports, whether they come via print, television or the Internet.

The government and courts cannot stop something from being published, broadcast or posted on the Internet, except in rare instances. But, the publisher can face consequences later.

When personal perceptions of things like size or distance are impaired by group pressure.

Protects your right to publish court testimony, police reports or other public documents, even if they contain falsehoods. This is because the public has the privilege to review the contents of government files as a means of ensuring police, courts and other agencies are conducting themselves correctly. Since most people work, the press is a mechanism for reading those government files.

Information, ideas or rumors deliberately spread widely to help or harm a person, group, movement, institution or nation. It is often biased and misleading, in order to promote an ideology or point of view.

Photos and video are powerful verification tools, providing direct evidence. News Literacy students learn to interrogate images critically, paying attention to how simple cropping and complex digital effects can alter the meaning of an image. Similarly, News Literacy students learn to analyze editing techniques, the introduction of sound and script choices before relying on evidence from video and photos.

The process of securing public notice with information designed to enhance the image of a person or product.

Allows the news consumer to make a decision, take action or share responsibly with others. It has all three of these characteristics: Verification, Independence and Accountability.

A statement of probability proportional to the evidence, which will change over time, as further research changes our understanding daily of everything from the size of the largest dinosaur to the nature of the former planet Pluto.

The process of distorting or “forgetting” incoming information if it does not match a person’s particular point of view.

The bedrock method of deconstruction: Each source in a news report is evaluated using the “IMVAIN” rubric:

The process of misattributing comforting information to a more respectable source.

When reporters share how they know what they know, what they don’t know and why.

The investigative process by which a news organization gathers, assesses, confirms and weighs evidence in service to the search for truth.

Acronym used in the course to stand for Verification, Independence, and Accountability. Reliable information has all three of these characteristics.