Lesson 4: What is News and Why?

In Lesson 3, we talked about three kinds of stories that are news in every culture - those that Alert, Divert, and Connect. And the traits that differentiate news from other kinds of information are Verification, Independence and Accountability.

But do we all agree on what is news? That’s the point of this lesson.

What IS news? And why.

Example: This is Mika Brzezinski , the co-anchor of “Morning Joe,” a news talk show on MSNBC. In this segment, the anchors are on camera, chatting, about to launch their daily summary of the top stories of the day. Mika Brzezinski and her co-anchor had been talking about U.S. Sen. Richard Lugar’s critique of the President’s war strategy when she looked down to see the first story on her script was Paris Hilton’s release from jail, which was getting a lot of news coverage at the time.

Brzezinski swears it was a spontaneous response and not a publicity stunt. What do you think she is reacting to? If you are going to be effective consumers of news you need to have an understanding of how Paris Hilton’s term in jail came to be the lead story on so many newscasts

Here are 3 front pages from a recent day in the news (click on them to see a larger version): 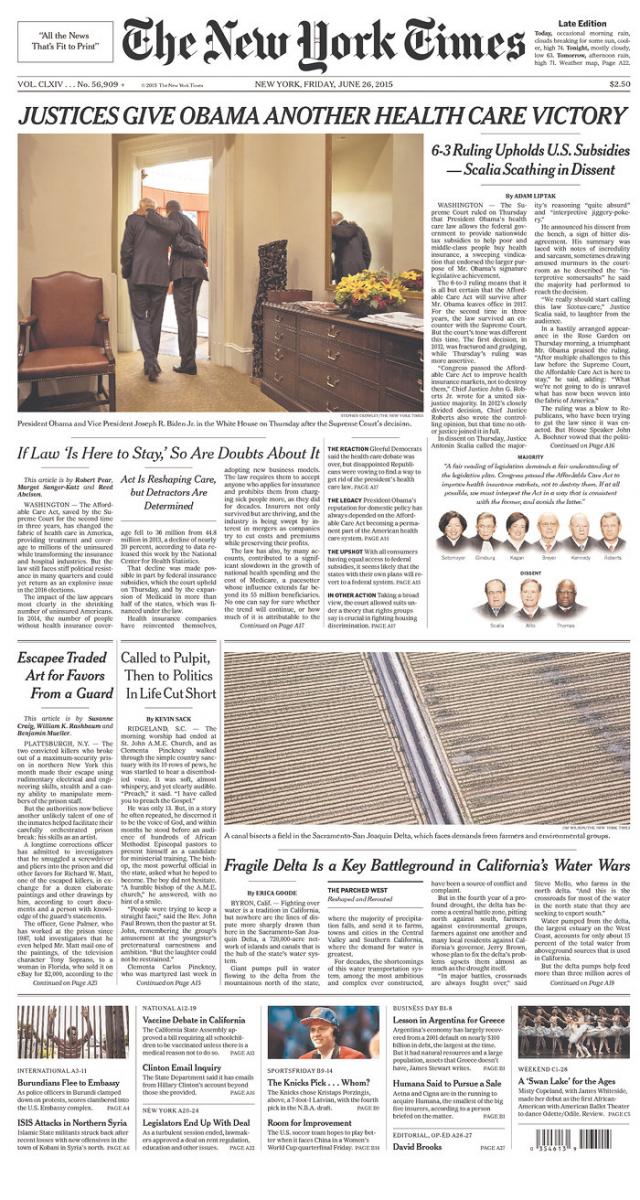 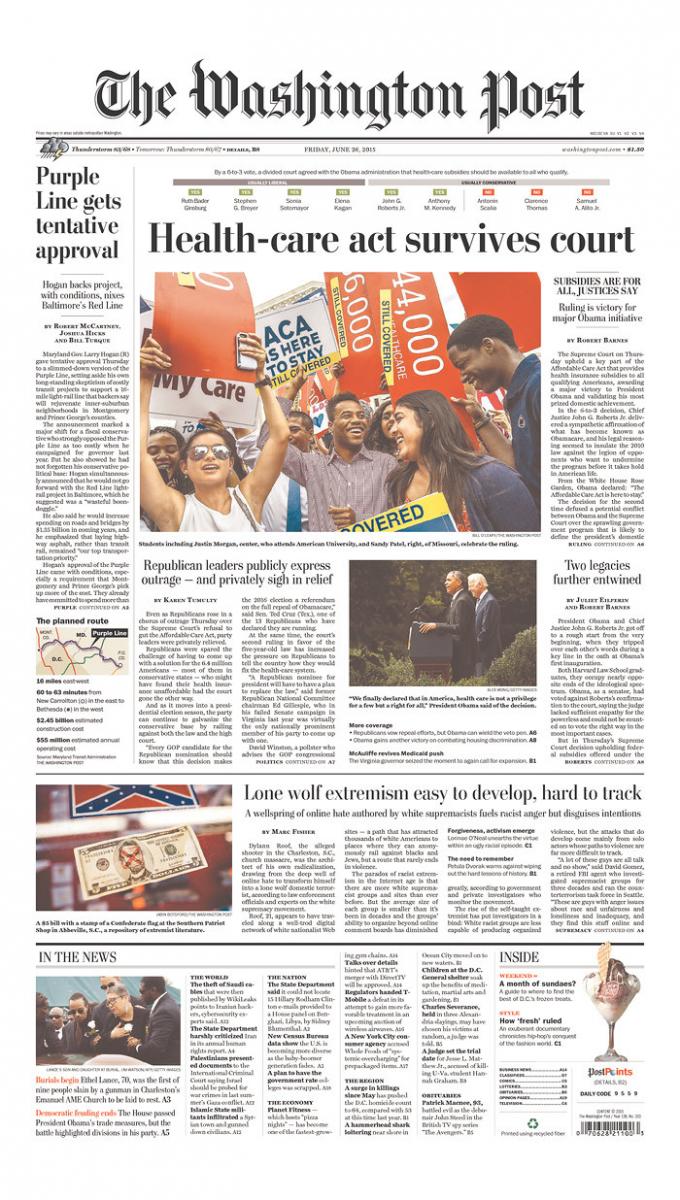 These front pages come courtesy of the Newseum.

As you can see, the biggest headline in each is the Supreme Court's ruling upholding Federal subsidies that are part of Affordable Care Act, also known as "Obamacare". These are three different papers, in three different parts of the country--and they've all agreed on what the biggest news of the day is. 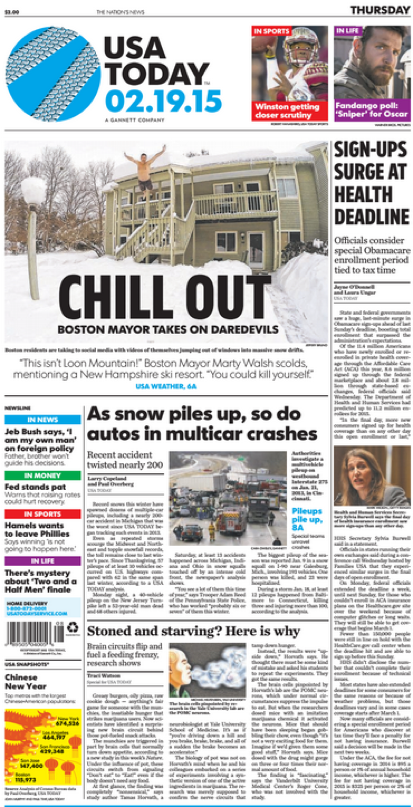 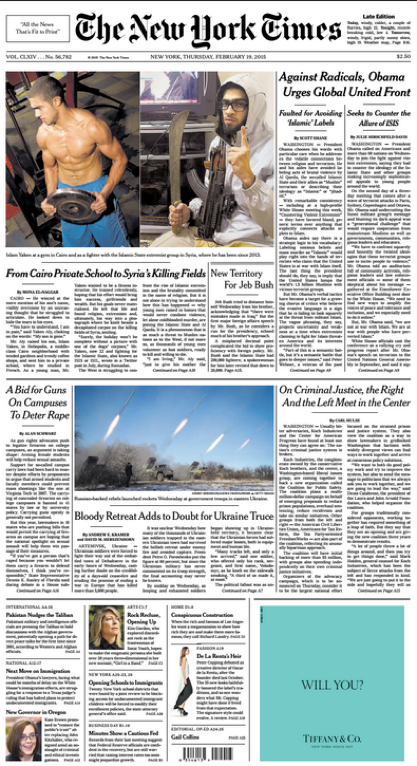 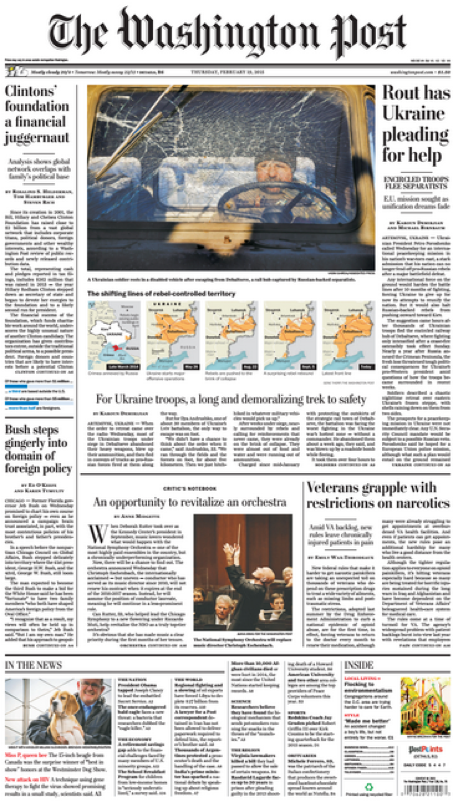 In this case, none of the headlines match. Why might that be?